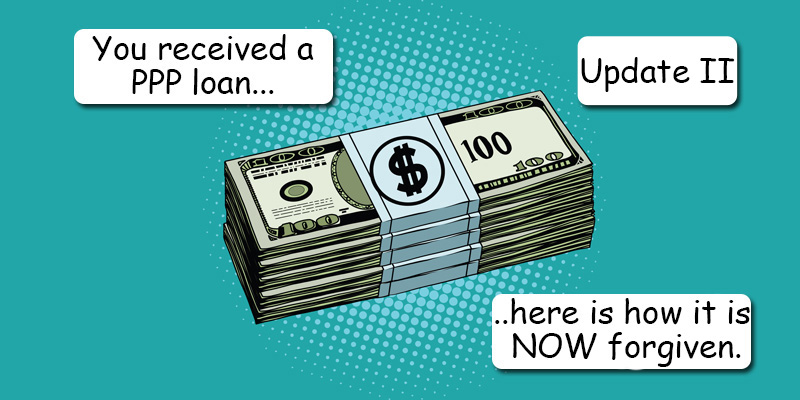 Both the SBA and the U.S. Treasury have been busy throughout the month of August.  We have seen the loan approval process close on August 8, the loan forgiveness application process open on August 10 (sort of), forgiveness rules clarification with the August 11th update of their FAQs,  and a new interim final rules published on August 24th.

The closing of the PPP loan program is probably long overdue. After several extensions of the program, it appeared that the demand for the loan funds had come to a halt and there was not much of a demand for it in the later weeks. Hopefully this means that all businesses who were eligible and needed funds should have received them. The SBA’s opening of the loan forgiveness process has somewhat been meaningless, as borrowers apply for forgiveness through their lender, so it really just means it is the soonest a bank can fully process the application. With that said, almost three weeks have passed and I cannot say that I have seen widespread banks accepting forgiveness applications. In fact, the largest single processor of PPP loans, JPMorgan Chase & Co., said it would not have its forgiveness process up and running until possibly early September. As long as you have your funds properly spent and your ducks in a row to file, there is no rush to file. You have at least a year to file for forgiveness from the time the funds were received, based on the 10 months after the end of your Covered Period.

The August 11 FAQs provided clarification to a number of items in its eleven pages.  Some of the key takeaways include:

The August 24 Interim Final Rule (IFR) has created a possible benefit to some employers, yet a negative for others.  There are three points covered as summarized here:

Being this is our fifth posting on the topic of PPP loan forgiveness, there is no end in sight of Interim Final Rules being published.  Until you file for forgiveness, it advised that you keep up with the latest changes and advisories to be sure you are complying with all of the rules.

Published in COVID-19, Payroll and Uncategorized