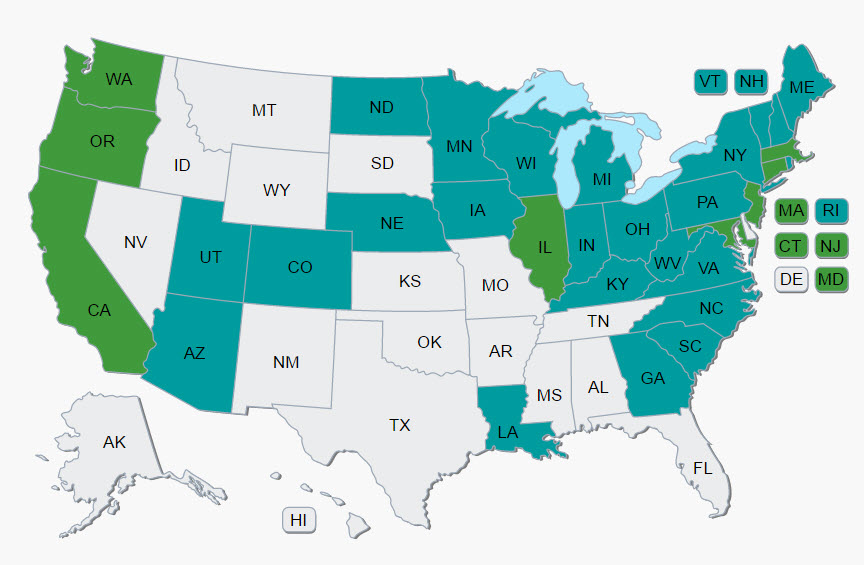 There is a direct correlation between the size of an employer’s workforce and the likeliness of their offering a retirement plan.  While about 92% of companies having greater than 10,000 employees offer a 401(k)-style plan, those with under 10 employees, the rate drops to 8%.   The flip side is that 86% of employers do not offer a plan, which translates to about 68 million Americans without access to a employer-sponsored plan, and states have taken notice. Beginning in 2017, a number of states have implemented laws requiring smaller businesses to implement a plan with many more in the legislative proposal…