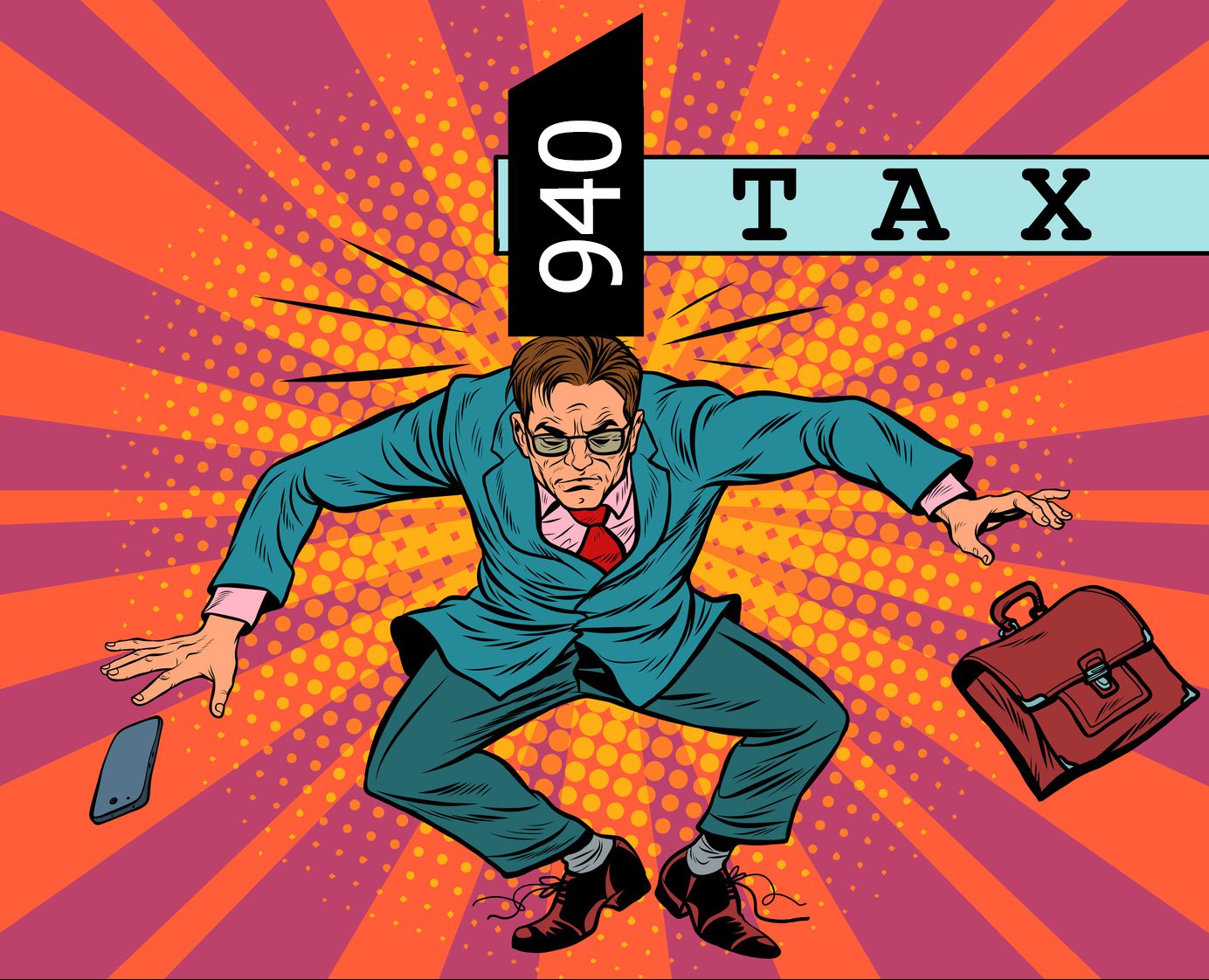 Under the provisions of the American Federal Unemployment Tax Act (FUTA), a Federal tax is levied on employers covered by the Unemployment Insurance program at a current rate of 6.0% on wages up to $7,000 a year paid to a worker. The law, however, provides a credit against federal tax liability of up to 5.4% to employers who pay state taxes timely under an approved state UI program. Accordingly, in states meeting the specified requirements, employers pay an effective Federal tax of 0.6%, or a maximum of $42 per covered worker, per year.

The credit against the Federal tax may be reduced if the state has an outstanding advance (commonly called a “loan”). When states lack the funds to pay UI benefits, they may obtain loans from the federal government. T o assure that these loans are repaid, and in accordance with Title XII of the Social Security Act, the federal government is entitled to recover those monies by reducing the FUTA credit it gives to employers, which is the equivalent of an overall increase in the FUTA tax. When a state has an outstanding loan balance on January 1 for two consecutive years, and the full amount of the loan is not repaid by November 10 of the second year, the FUTA credit will be reduced until the loan is repaid. This process is commonly called FUTA Credit Reduction and was designed as an involuntary repayment mechanism. The reduction schedule is 0.3% for the first year and an additional 0.3% for each succeeding year until the loan is repaid, and is applied retroactively.

This year, there is only one state, California, and one territory, U.S. Virgin Islands affected by the credit reduction of 2.1%.

While California had repaid its outstanding federal loan balance of more than $878 million as of May 5th, 2017 and was on track to be off the list, they borrowed again leaving a balance due on November 10th.

Therefore, if you have employees working in either of these two locations, you will have an additional FUTA tax due of 2.1% for all wages paid up to $7,000 for each employee during 2017, or a maximum of $147 per employee.

For more information on the FUTA Credit Reductions and Historical Data, visit the U.S. Department of Labor webpage.

As a PayMaster client, we will calculate, collect, and properly file your 940 tax return, taking into account the FUTA Credit Reduction.  Contact our Tax Department for more information.